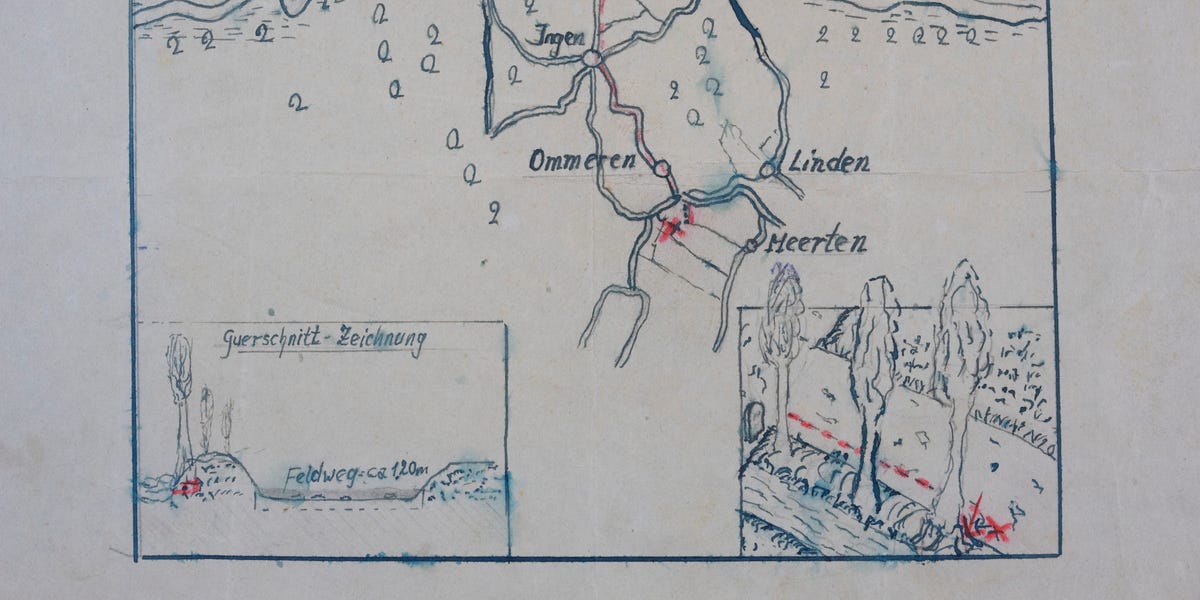 Treasure hunters searching for jewels looted by Nazis marked on an ancient map have been blocked in their pursuit by another relic of World War II: unexploded bombs and landmines.

In January, after the Dutch National Archives released an old map that appeared to show Nazi markings of where stolen jewelry was buried, amateur diggers equipped with metal detectors and shovels descended on Ommeren, a Dutch town in 715, according to The Associated Press.

Part of the Dutch National Archives’ annual publication of archived historical documents this year included a hand-drawn map of the Ommeren from the Nazi era. The sketch includes a central road, and three trees, with a red X marked next to one of the trees, a detail that set off the treasure hunt.

– Yes, it is of course spectacular news that has enchanted the entire village, says resident Marco Roodveldt to AP. — But not just our village, also people who don’t come from here.

National Archives researcher Annet Waalkens told the AP that the origins of the map and tax history date back to 1944, when the Nazis occupied nearby Arnhem as well as Ommeren. When a bomb hit a bank in Arnhem, cash and jewelry were hurled into the street, leaving German soldiers scrambling to grab items for their pockets and weapon cases, according to the AP.

The soldiers decided to bury these boxes in Ommeren, and so far Dutch authorities have not been able to find it, AP reported.

“Four boxes of ammunition and then just some jewelry that was held in handkerchiefs or even cash folded in. And they buried it right there,” Waalkens said. According to AP, Dutch authorities believe that it was already removed shortly after it was buried.

As people swarmed the city to make the first discovery attempt in decades, officials eventually had to ban them from digging, trying to protect them from more sinister things being left behind.

– Searching there is dangerous because of possible unexploded bombs, landmines and grenades, said the municipality that manages Ommeren in a statement to AP. “We advise against going in search of the Nazi treasure.”

Some local residents also did not enjoy the renewed attention.

“If they hear something, they will go against it,” one resident told the AP. – But I don’t think it’s good that they just dug in the ground and things like that.