League One Sheffield Wednesday suffered a memorable FA Cup shock as they knocked out Premier League third-placed side Newcastle United.

Josh Windass scored twice in the second half for the Owls as they came out on top in a pulsating draw at Hillsborough.

Substitute Bruno Guimaraes gave Newcastle hope with more than 20 minutes remaining with a close-range finish, but they were unable to force an equaliser.

It is the first defeat for Eddie Howe’s side since August 31 against Liverpool.

After both sides spurned good chances in a spirited first half, Windass opened the scoring seven minutes into the second period when he finished off a flowing move.

George Byers started it with a smart turn just inside the Newcastle half before driving towards the penalty area.

He fed the ball wide to Liam Palmer, who slipped inside Dennis Adeniran and his cross was headed in by Windass.

The striker looked as if he might have been slightly offside, but the assistant did not flag and without VAR in operation the goal stood.

There was nothing controversial about the other one. Windass was sent clear by Michael Smith’s fine first-time pass and showed fantastic composure as he opened up his body and curled the ball past Martin Dubravka into the corner of the net.

Hillsborough bounced but the home side’s lead was halved just four minutes later when Guimaraes, who also appeared to be close to offside, headed in from a yard after the Owls failed to clear a corner.

Windass almost completed his hat-trick with a ferocious long-range free-kick that rebounded off the post, and although home keeper Cameron Green made a number of crucial saves, he could only look on as Chris Wood headed Newcastle’s best chance of an equalizer over. with eight minutes remaining. 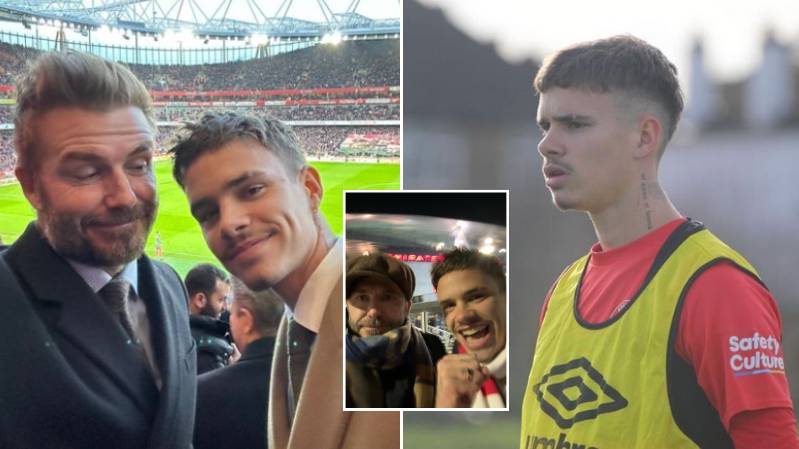 Why Romeo Beckham supports Arsenal instead of Man Utd