Robots are already helping to cook, do construction work, clean homes and more. In the future, they will take on more tasks – but which ones? At this year’s Consumer Electronics Show (CES) in Las Vegas, a multitude of robots with various purposes were on display. Some of them were stupid, some brilliant, some a little creepy. Not all of these will end up being widely used, but there are certainly a number of different jobs that robots can do for us in the not too distant future. Here are some of them, more or less in descending order from “most likely to be useful or have a positive impact” to “least necessary/just for kicks.”

Japanese agritech startup Agrist’s simply named “L” robot can identify and pick harvest-ready peppers with millimeter precision and through thick leaves. A robot like this could be not only convenient, but necessary if the current shortage of agricultural workers continues. L uses cameras and an AI algorithm to identify a pepper’s position, size, ripeness and cut point. It moves along suspension wires that must be pre-installed, then can approach a plant, find a target pepper, cut it off and then fold it to drop it into a collection box. L can also predict harvest volume and collect data on crops, such as days to maturity. Agrist says the L costs less than $10,000, compared to an average of $73,000 for conventional automated harvester robots. The robot can probably be trained to harvest a variety of fruits and vegetables.

Take care of us

Aeo is a service robot made by the Japanese company Aoelus Robotics. The company says the fine can be used for security, delivery, healthcare and hospitality purposes. Aeo has two arms, one equipped with grippers to pick up objects, open doors or push buttons, and the other equipped with an L-shaped UV attachment to disinfect surfaces. Its 360° night vision camera can monitor a home, office or other space, and stream live video to your phone or laptop. Its Care function can detect when patients are in distress or at risk (details of how the robot does this are light). It’s relatively compact at 3.8 feet tall and 1.8 feet wide, and the arm can lift up to 8.8 pounds; so it won’t help any patients up if they fall, but it can give them food, drink, or other supplies. Aeo is already in use at airports, hotels and hospitals in Taiwan, Hong Kong and Japan.

Deliver things to us

Ottonomy wants to reduce the cost of deliveries by 50 percent with its Ottobot delivery robot. The tricked-out-the-box-on-wheels are about 4.5 feet tall, 4 feet long, and 2.5 feet wide, and weigh 200 pounds. It won’t win any races at a top speed of four miles per hour—that’s about the pace of an average adult—but depending on where it comes from, speed may not be all that important. The bot can make autonomous deliveries – where a door is opened and a box is placed on the ground – or attend deliveries, the customer receiving a text telling them the robot is there and a QR code to open the compartment. There is a smaller compartment for things like wine bottles or other liquids, and a larger compartment that can hold groceries or food deliveries; the robot is customizable and modular, allowing customers to tailor the structure and spaces to their specific needs. It runs on a replaceable battery and navigates autonomously through its surroundings.

Eva’s Parky robot was created to help electric car owners charge their car’s batteries faster and with less trouble. As EV adoption grows, tools like Parky could come in handy as drivers try to navigate a still-thin charging infrastructure. Instead of having to park at a charging station, drivers can park anywhere and have Parky come to them. The bot provides 15kW of DC charging per hour, giving cars a range of about 50 miles. The catch is that drivers still have to find a spot next to an “EV robot outlet” and plug in, so depending on supply and demand, Parky may not make much of a difference in terms of convenience and speed; the robot makes the most sense for buildings that want to make their parking lots more EV-friendly without doing construction or redesign work or having to add electrical capacity.

Richtech Robotics’ Adam robot has two arms with grab handles that can be customized to make different drinks. During CES, the bot churned out bubbly; customers could select a flavor on a touch screen and the robot would mix the necessary ingredients, add ice and boba, seal the cup and place it on the counter for the waiting customer. Adam can also perform bartender or barista duties. One thing Adam might want to work on is speed; I stood in line for a robot bubble tea for about five minutes, and after not moving an inch, I left the line before even choosing a flavor. I’m all for automating bubble tea and other drinks if it will make them better, faster, or cheaper, but between the long wait and not having gotten to try the final product, I can’t vouch for Adam yet.

What does a long-haul flight actually do to your body? : ScienceAlert 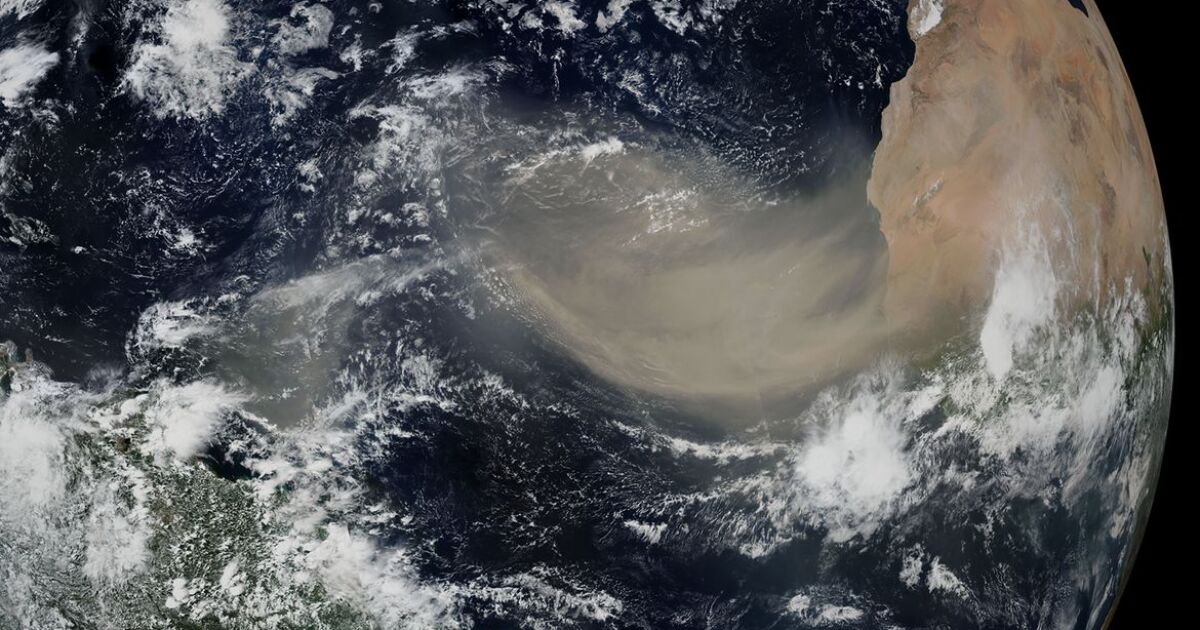 Atmospheric dust slows down the greenhouse gas effect, for now